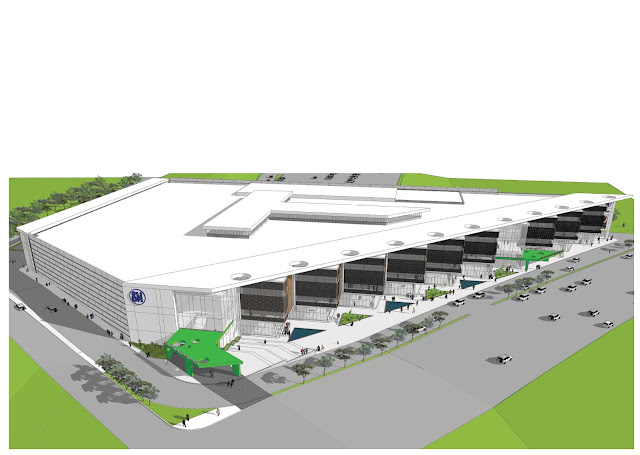 Striking glass walls at the main entrances and a dramatic linear overhang create an impressive and inviting appearance for the mall in all directions. 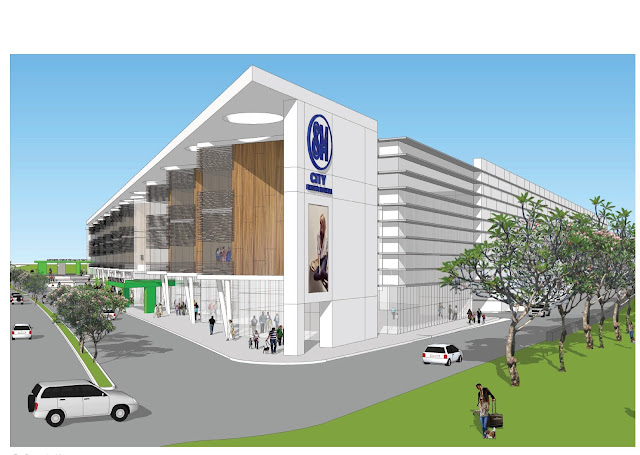 There is so much to discover at SM City Puerto Princesa. 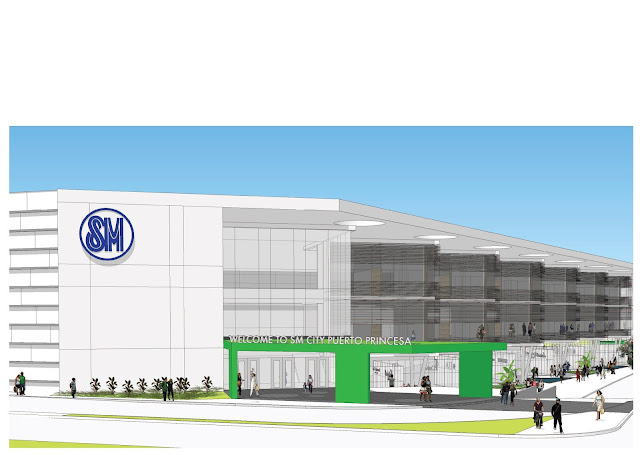 Posted by Grace Z. Abonillo at 7:10 AM No comments:

Known as the Philippines’ last ecological frontier, the province of Palawan is a natural wonder with its vast tracts of tropical rainforests and a huge expanse of marine wilderness.

The province is composed of the long and narrow Palawan Island, which is surrounded by about 1,780 smaller islands and islets. Rocky coves and sandy beaches lie in primordial splendor along Palawan’s almost 2,000-kilometer coast. Renowned underwater explorer Jacques Costeau has described Palawan as having one of the most beautiful seascapes in the world. Sprawled beneath its seas are nearly 11,000 square kilometers of coral reefs; while myriads of fish swim in these underwater gardens.

Palawan has probably more protected areas than any other province – the Calauit Game Reserve and Wildlife Sanctuary with its exotic and endemic species of animals roaming freely; the El Nido–Taytay Managed Resource Protected Area with its edible bird’s nests and limestone cliffs; and the Tubbataha Reefs, a pair of coral atolls that was named a world heritage site in 1993.

In the heart of Palawan lies the City of Puerto Princesa, a tropical paradise with a bustling urban center perfect for business with leisure trips. Lush rain forests and white sand beaches are simply hours away from the city proper, where a banking, commercial, IT, and BPO boom have made it one of the country’s fastest developing cities.
And then, of course, there is the Puerto Princesa River National Park, another world Heritage Site that has one of the longest underground rivers in the world with its old growth forests, cathedral caves, limestone cliffs, and unique flora and fauna. It is said that every island is an adventure in Palawan, and there will be so much for both residents and the many tourists to discover when SM City Puerto Princesa opens its doors to the public on September 15, 2017.

Envisioned as Palawan’s premier mall, SM City Puerto Princesa is a resort style complex that reflects the province’s tropical feel while integrating SM’s innovative design approach. SM Prime Holding’s 64 th mall will serve shoppers in Puerto Princesa and Palawan, as well as residents of the nearby provinces of Mindoro, Marinduque, and Romblon in the MIMAROPA region.

Strategically located in a 47-square meter site along Malvar corner Lacao Streets in Puerto Princesa, the three-level 54,000 square meter mall will create a unique identity along the island’s most popular thoroughfare and within a short walk to the well-known Baywalk Park and nearby pier. Striking glass walls at the main entrances and a dramatic linear overhang stretching along Malvar Street create an impressive and inviting appearance for the mall as approached in every direction.

But what makes SM City Puerto Princesa an exciting new lifestyle destination?
Solid wastes will be managed in accordance to local and national standards of segregation, recycling, reusing, and sending to the sanitary landfill. This is even elevated to a more inclusive advocacy in SM’s Trash to Cash initiative.

For customer convenience, SM City Puerto Princesa will have a two-level parking area with 398 car slots, as well as a tricycle and jeepney terminal.