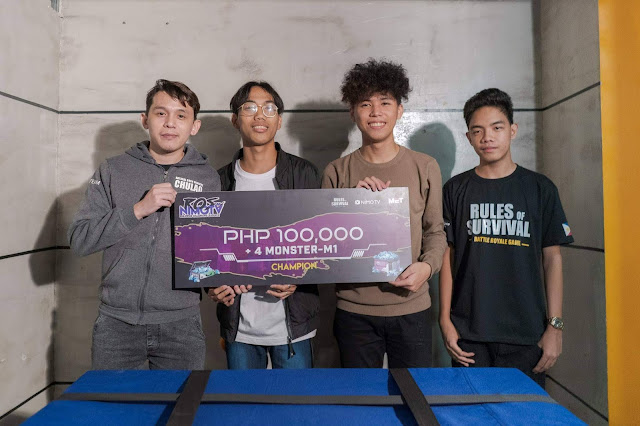 Comprised of Jayson Tabin, Rexon Kerk Tanay, Jhoey Bhoy Buenaflor and Squad Leader John Kirk Magbanua, Sealteam Peenoise endured the Finals that lasted over 7 hours defeating 14 other squads. From a 2nd to the last finish during the first round, the team was able to recover by winning the third, fifth and sixth round giving them a total score of 3,065 enough to win the title.  Savage Gaming comes in 2nd with a final score of 2,925, Team Marshall with 2,675 in 3rd, Comeback in 4th with 2,380 Points and Evo Groundz with 2,380 points in 5th.

The top 5 teams will represent the country in the upcoming Rules of Survival Southeast Asia tournament and will face other Southeast Asian teams to gain supremacy.

About NiMO TV
Nimo TV is a leading global platform that allows millions of gamers from all around the world to play and broadcast their games to other like-minded players building a community of players, gamers, and fans that drive conversation, and allows peer-to-peer rewards and recognition. Utilizing a high-quality interactive technology, audiences can interact with streamers, and gain access to exclusive esports events and tournaments, along with unprecedented access to the top streamers from across the region. 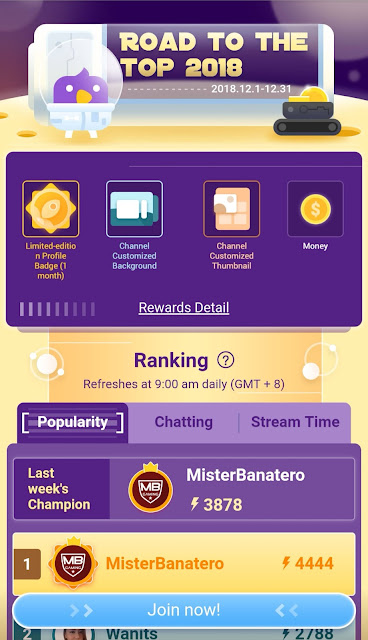 As one of the leading video game streaming platform, Nimo TV’s Road to the Top 2018 is a way of rewarding its streamers with the support they gave since its launch in the Philippines.

“They play a big role in achieving our goal of making an interactive community” Amy Cao, Global Marketing/PR Head Nimo TV. “They share and foster a positive culture that entertains our audience, and this is our way of acknowledging their efforts in helping us succeed,“ Cao added.
The promo is open to all active streamers and winners will be recognized based on three categories: Popularity, Chatting and Stream Time. The first category is Popularity; this category is base on the total number of new users gained by streamers during the promo period. Streamers should keep on sharing their channel to gain new subscribers. The second category is Chatting; this is base on the number of comments made by the streamers to their channel. And since Nimo TV values conversation, streamers should reply to the comments made by their viewers. Lastly the Stream Time category, this category is base on the duration a streamer made during the promo period.

A cash prize and an appearance to Nimo TV’s Road To the Top 2018 main page as “Last week’s Champion” await the weekly top streamer per category. Aside from the weekly winners, a December Leader Board will be rewarded with the following:

Start streaming now and accelerate your way to the Top! Join now and click here: http://bit.ly/nimotvrttt

About NiMO TV
Nimo TV is a leading global platform that allows millions of gamers from all around the world to play and broadcast their games to other like-minded players building a community of players, gamers, and fans that drive conversation, and allows peer-to-peer rewards and recognition. Utilizing a high-quality interactive technology, audiences can interact with streamers, and gain access to exclusive esports events and tournaments, along with unprecedented access to the top streamers from across the region.

Posted by Grace Z. Abonillo at 6:30 PM No comments: 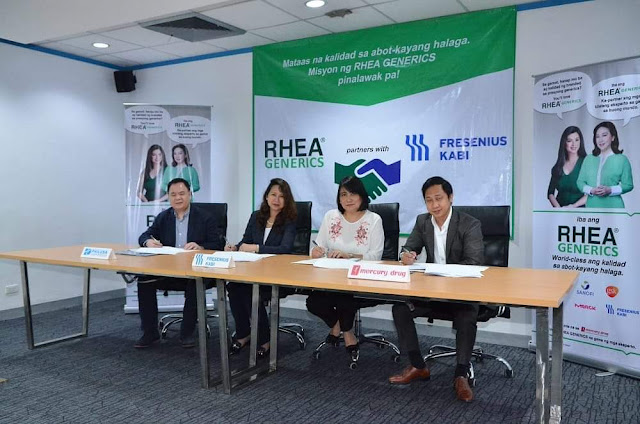 From L-R: Mr. Neogin Evangelista, President & General Manager of Philusa Corporation; Ms. Ma. Rosario P. Dizon, GeneralManager of Fresenius Kabi, Philippines, Inc. ; Ms. Cora Lim, Vice President for Merchandising of Mercury Drug Corporation;Atty. Jeff Arzaga, Mercury Drug’s Legal Counsel.Manila, Philippines – RHEA Generics, a frontrunner of world-class and affordable medicines in the country, recentlyformalized its partnership with global healthcare company Fresenius Kabi, which will launch a new generic medicineaddressing chronic kidney disease in the Philippines. According to the National Kidney and Transplant Institute, over 10,800 Filipinos are affected by chronic kidneydisease, with tens of thousands of patients needing to undergo dialysis annually. Philusa Corporation President and General Manager Neogin Evangelista expressed, “Our latest collaboration withFresenius Kabi affirms our ceaseless pledge in delivering excellent quality medicines catering to a diverse set ofmedical concerns that is economically, and conveniently accessible to our fellow Filipinos. RHEA Generics will continue to work hand in hand with leading global pharmaceutical companies to ensure we are able to deliver ourpromise of offering generic medicines having the same quality, efficacy and safety of the innovator brands.” The new RHEA Generics drug, which will be exclusively available in all Mercury Drug stores nationwide starting November, in combination with a protein-restricted diet is an excellent drug that preserves the residual function of thekidneys of patients with Chronic Kidney Disease and delays its progression to dialysis.

Posted by Grace Z. Abonillo at 5:07 AM No comments: