You've seen the list of nominees, now take a closer look at the artists nominated for Record Of The Year for the 56th Annual GRAMMY Awards. 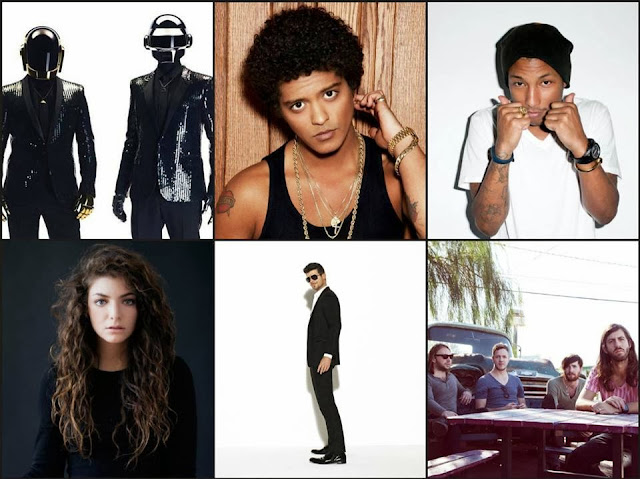 The Record Of The Year race features three songs that topped the Billboard Hot 100 — Lorde, "Royals," Bruno Mars, "Locked Out Of Heaven" and Robin Thicke Featuring T.I. & Pharrell, "Blurred Lines" — as well as Daft Punk & Pharrell Williams' "Get Lucky" and Imagine Dragons' "Radioactive," which peaked at No. 2 and No. 3, respectively. First-time nominees in the category are Imagine Dragons and Lorde.

Record Of The Year


Imagine Dragons have two nominations this year, marking the first GRAMMY nominations of their careers.


Lorde has four nominations this year, marking the first GRAMMY nominations of her career.


Bruno Mars, "Locked Out Of Heaven"